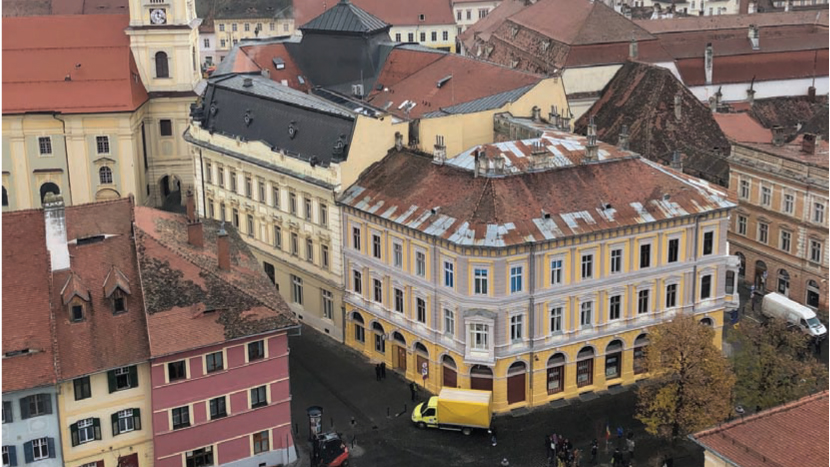 Stigmatized groups suffer doubly: first, from the stigma itself, and then from the health consequences that arise from being stigmatized. As Dr. Corina Lelutiu-Weinberger (PhD) can attest, this is particularly true in low-to mid-income countries like Romania, where gay and bisexual men experience not just discrimination but also high rates of depression and undiagnosed or untreated HIV.

Lelutiu-Weinberger is an associate professor, community health researcher, and the François-Xavier Bagnoud Center Endowed Chair at Rutgers School of Nursing. The interconnection between illness and stigma—on the basis of race ethnicity, national origin, or sexual orientation and gender—is at the crux of Lelutiu-Weinberger’s research, which focuses on solutions to a problem that vexes much of the world’s population. For the past six years, she’s worked largely in Romania to implement interventions designed to improve the health of, and reduce the stigma affecting, gay and bisexual men.

In 2001, in order to gain entrance to the European Union, Romania decriminalized homosexuality, but, as Lelutiu-Weinberger notes, “people there are still carrying the same old stereotypes”—a state of affairs that keeps the majority of gay and bisexual men fearful of social rejection. “So they hide,” says Lelutiu-Weinberger, “and they don’t get tested for HIV and they unknowingly spread it to others.” The first time some of these men seek medical help is at the end of their lives, in the fluorescent glare of an emergency room.

To help mitigate both the stigma and its effects, Lelutiu-Weinberger, together with her colleague John Pachankis (PhD), clinical psychologist at the Yale School of Public Health, is involved in a series of grant-funded interventions, some of which are already showing positive results. In 2011, for instance, she received a grant [1] to implement a mobile health project, known as MiCHAT, among gay and bisexual men in the U.S. Using instant messaging to provide live counseling in risk reduction, MiCHAT increased condom use and knowledge about HIV, reduced substance use, and showed promise in reducing depression and gender-identity concealment.

In 2014, she and Pachankis received funding [2] to tailor MiCHAT to Romania, where the intervention was successful at improving condom use intentions and HIV knowledge and testing and reducing depression and alcohol abuse. Lelutiu-Weinberger is also attacking stigma at its source, training mental health providers (MHP) across Romania, for instance, on the health needs of the LGBT community. Funded by a supplemental grant [3], one such project, initiated in 2015, increased MHPs’ clinical skills and knowledge, as well as their comfort in working with LGBT individuals, and significantly decreased their homophobia. After that, the research colleagues received funding for a much larger trial [4], which, she reports, “was highly effective.” The next step, she says, is to take this model to a national health care level in an upcoming project.

Because stigma isn’t limited to low-and mid-income countries—“the U.S. has plenty of stigma to go around,” Lelutiu-Weinberger notes — she’s now applying what she learned in Romania to gay and bisexual populations in New Jersey, in projects like TelePrEP, which will provide virtual medical appointments to patients seeking pre-exposure prophylaxis (PrEP) medication but cannot access it where they live, designed to protect against HIV. In a parallel project, to counteract high levels of stigma against transgender individuals, she’s proposing a virtual reality app-based intervention using patient and counselor avatars to improve access to HIV testing and PrEP counseling by increasing gender affirmation [5].

In her work with marginalized populations, a surprise has emerged: the fact that so many of those enduring stigma in their daily lives are nevertheless highly resilient. That’s increased her focus “on helping people in stigmatized groups build a positive sense of self,” she says, in what she aptly describes as “strength-based approaches.”